Survival and immune response of drones of a Nosemosis tolerant honey bee strain towards N. ceranae infections.
Huang Q, Kryger P, Le Conte Y, Moritz RF.
Source
Institut für Biology/Zoologie, Molekulare Ökologie, Martin-Luther-Universität Halle-Wittenberg, 06099 Halle, Germany. qiang.huang@zoologie.uni-halle.de
Abstract
Honey bee colonies (Apis mellifera) have been selected for low level of Nosema in Denmark over decades and Nosema is now rarely found in bee colonies from these breeding lines. We compared the immune response of a selected and an unselected honey bee lineage, taking advantage of the haploid males to study its potential impact on the tolerance toward Nosema ceranae, a novel introduced microsporidian pathogen. After artificial infections of the N. ceranae spores, the lineage selected for Nosema tolerance showed a higher N. ceranae spore load, a lower mortality and an up-regulated immune response. The differences in the response of the innate immune system between the selected and unselected lineage were strongest at day six post infection. In particular genes of the Toll pathway were up-regulated in the selected strain, probably is the main immune pathway involved in N. ceranae infection response. After decades of selective breeding for Nosema tolerance in the Danish strain, it appears these bees are tolerant to N. ceranae infections.
Copyright Â© 2012 Elsevier Inc. All rights reserved.
PMID:
22285444
[PubMed – in process]
http://owa.portangelesbees.com/wp-content/uploads/2017/02/full-logo-cleaned-300x64.png 0 0 owa http://owa.portangelesbees.com/wp-content/uploads/2017/02/full-logo-cleaned-300x64.png owa2017-04-22 09:04:072017-07-04 21:20:19Danish Report Verifies Nosema Tolerance Possible

Will the Olympic Peninsula’s hardy honeybees save the world from colony collapse? 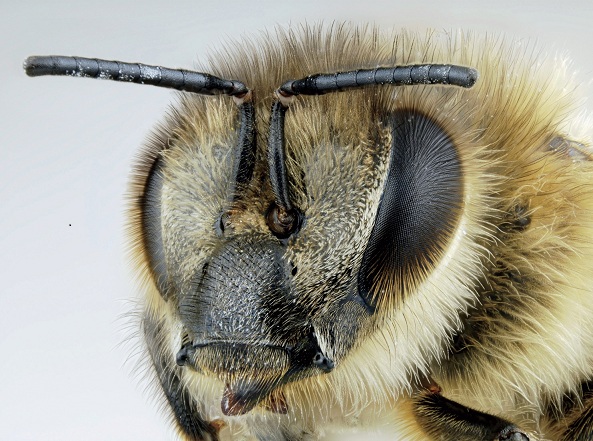 The last time we checked with Seattle mayor-turned-beekeeper Wes Uhlman, his two hives on Queen Anne Hill were doing fine. It was three years ago, and all across farm country a mysterious syndrome called colony collapse disorder was making bees abandon their doomed hives, threatening an agricultural catastrophe. But CCD hadn’t slammed Uhlman or his fellow local backyard beekeepers as severely as others. That made him suspect that Big Ag pesticides—not a big factor on Queen Anne—were the cause.

That was then. Now bees are suffering even here. This spring, one of Uhlman’s two hives was kaput and the other ailing.

Salvation could come from the Olympic Peninsula. There, at the Olympic Wilderness Apiary—just west of the town of Joyce—Dan and Judy Harvey produce queen bees for other keepers. For years the Harveys have employed herbal supplements, good nutrition, and selective breeding, minus conventional chemical treatments, to produce bees resistant to varroa mites, a parasite widely blamed for colony collapse. But in 2007 a fungus called Nosema ceranae started ravaging the Harveys’ hives. They lost 80 to 90 percent of their bees in 2008, and the same again in 2009.

But they noticed that wild colonies in the deep woods were faring better. These colonies—descended from bees that loggers and farmers ordered from Sears Roebuck in the 1920s and ’30s—had evolved to thrive in the soggy, fungus-ridden Olympic climate. The Harveys collected wild queens and bred them with their own varroa-resistant lines. Even when fungal infestations appeared, they skipped standard antibiotics; instead they drenched the little buzzers in oak bark extract and essential oils and fed them lavishly through the winter. Bingo. “This year we only lost about 20 percent,” says Dan.

The U.S. Department of Agriculture is now studying the Olympic bees at its Baton Rouge bee lab. It suspects varroa mites and Nosema fungus may act together to cause colony collapse. If the Harveys have indeed developed a Nosema-tolerant stock, it could be a lifesaver for hives worldwide. In the bee world, good breeding, clean living, and healthy eating still count for something. —ERIC SCIGLIANO

This is our strongest breeder colony.  She is a 2009 Queen.  Entirely untreated; has never exhibited symptoms of dwindling; and has had 4 to 5 brood combs removed and added to weaker colonies throughout the 2011 season, yet remains vigorous.

This colony has been tested in the USDA Beltsville Lab 4 times with these results:

Sample was also submitted to Dave Wick at BVS, Inc.  Testing indicatd the presence of IAPV, CPV and Sac Brood virus.  (Dave did confirm that IAPV and black queen cell virus are associated with n.ceranae, however he was not able to confirm that CPV is).

Only 5% of our 2011 colonies showed no sign of dwindling after their 4th cool; wet; protracted winter.

Now in the 5th spring since the devastating losses from this pathogen, our untreated bees are thriving in spite of staggering nosema spore loads and associated viruses, and we have had only 10% winter loss in 2011-2012.

Each year we selectively breed a limited number of high-quality regionally adapted honeybee queens for sale. Although customer testimonials give high performance marks to our stock from all over the continental US and Alaska, our queens are not for everyone.

Our breeders are derived from feral lineages that have been self-sustaining in the temperate rainforests of Washington State’s isolated Olympic Peninsula since the first pioneers introduced them over 150 years ago.
While temperament is an aspect of our selection criteria, it is not our top priority.
Since we began our program in 1997, our goal is to achieve sustainable mite, disease, and pathogen-resistant stock. It is our theory that decades of selective breeding to satisfy the demand of commercial agri-beekeeping has reduced the available gene-pool’s ability to naturally defend themselves.
A century and a half of wild survival in our harsh climate, coupled with regular inclusion of the best SMR/VSH/Russians available, and our choice in 2008 to allow accelerated natural selection to the newer nosema ceranae fungus have produced vigorous hybrid genetics. Regardless of location, we believe serious beekeepers who are working toward improving survivability of their honeybee stock without the need to use chemical miticides or antibiotics will easily recognize the benefit of including our hardy survivors in their breeding program.
http://owa.portangelesbees.com/wp-content/uploads/2017/02/full-logo-cleaned-300x64.png 0 0 owa http://owa.portangelesbees.com/wp-content/uploads/2017/02/full-logo-cleaned-300x64.png owa2017-04-22 08:36:202017-06-30 17:14:15OWA Queens Are Not For Everyone...